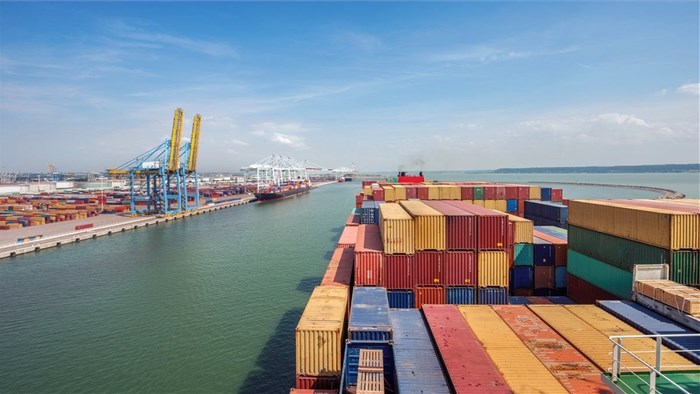 As the world hopefully heads out of the Covid-19 lockdowns, trade and the shipping of more goods should continue to increase, as logistics bottlenecks start to ease and fiscal stimuli from major trading nations in the developed world continue to spur demand.

South Africa, long one of the strongest markets on the continent and a gateway for other countries to trade with others throughout sub-Saharan Africa needs to urgently improve its port infrastructure. Countries with inefficient ports will not be able to fully benefit from the Africa Continental Free Trade Area (AfCFTA) as trade starts to liberalise in Africa.

In May 2021, the World Bank and IHS Markit released their global Container Port Performance Index (CPPI). The Index is based on total port hours per ship call, which is defined as the elapsed time between when a ship reaches a port to its departure from the berth having completed its cargo exchange. South African ports performed exceedingly poorly. Out of 351 facilities, the Index ranked Cape Town at 347th; Port Elizabeth at 348th; Durban at 349th; and Ngqura at 315st.

According to the Index, “More than four-fifths of global merchandise trade by volume are carried by sea, and approximately 35% of total volumes and over 60% of commercial value is shipped in containers.”

Port Technology reports that research conducted by the terminal operating system provider Navis, found the following to be the biggest areas of concern: Optimisation, cost reduction, and improving yard operations. Improved digitisation and connectivity can aid ports in how they go about improving efficiency and monitoring progress. Paper-based documentation alone can add to port operations unnecessarily – and most importantly, add yet more costs in terms of time lost.

The top of the CPPI is dominated by East Asian ports, with Yokohama, Japan ahead of King Abdullah Port, Saudi Arabia, and Qingdao, China. When one dives into the data provided by the Index, key metrics such as minutes per container move show large discrepancies in global port efficiency. Yokohama and other ports near the top take “just 1.1 minutes on average to load or unload a container in a standard port call, while the average for equivalent workloads in African ports is more than three times that at 3.6 minutes.”

Port inefficiency can be considered a non-tariff trade barrier, and it is within the power of governments to eliminate all manner of such barriers if they want to encourage more trade both into and out of ports.

Perhaps the most critical wider policy shift that is needed in South Africa, is to break up Transnet, the state-enforced monopoly of the management of the country’s ports. With ever-present government financing and bailouts at the ready when it fails – and no pressure from market forces and competition to improve services – Transnet’s lack of capability (and the inevitable millions lost to corruption, as always happens when a government takes on the ‘management’ of an entire sector of the economy) hobbles the urgent improvements that are needed in the country’s ports and rail infrastructure.

History has clearly illustrated that government-enforced monopolies cannot respond to changes in the market as nimbly as substantively private organisations and businesses can.

Every day that the potential improvement of the country’s ports is hobbled, is yet another day that businesses and corporations will be less internationally competitive. The cost of shipping containers – and shipping – has been increasing markedly since the outbreak of the pandemic as global supply chains were interrupted.

It appears likely that costs will remain high for the foreseeable future. Henry Ren of Bloomberg writes that, “Stubbornly high shipping expenses for businesses are getting sealed into contracts for the next 12 months, forcing companies to pass the extra costs on to consumers.”